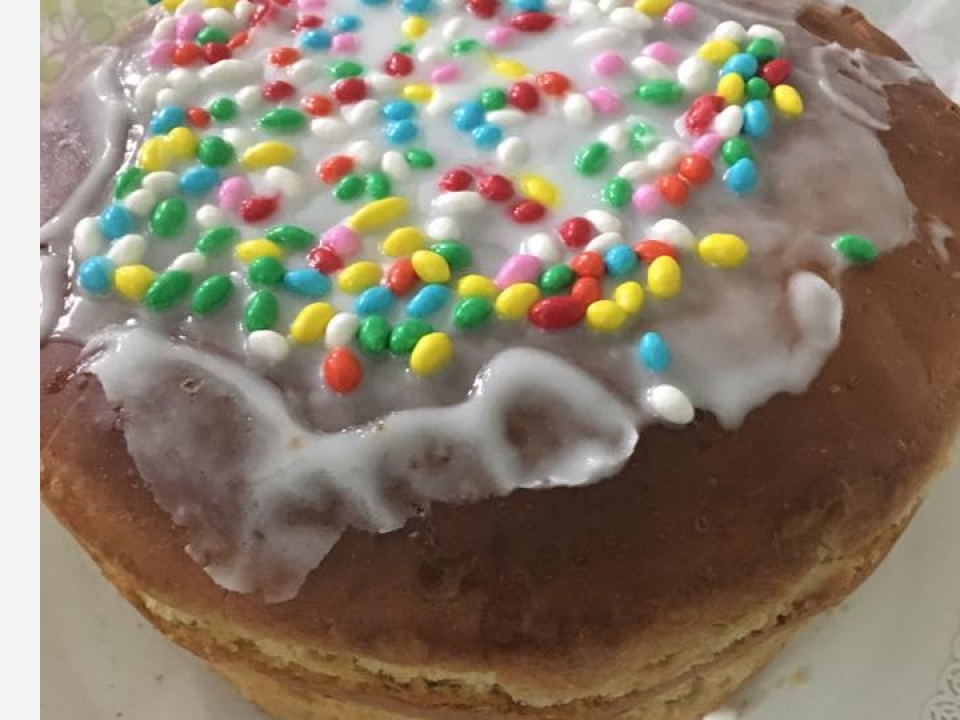 The sweet “casatiello” is one of the typical cakes we eat at Easter time in Sorrento (together with the Pastiera)
This “casatiello” is completely different from the savoury one from Naples. It isn’t very soft but is widespread in the Sorrento Peninsula. Every family has a particular recipe. It is characterized by the “criscito”, the mother yeast which was prepared at home in the past, today it is bought from the baker. It is a “miraculous” ingredient which was used to dress bruises and wrists. The preparation is a rite which takes two days and a night. Many pans are put in a heated room. These cakes are given to relatives and friends as a gift. In the past they were baked in a wood-burning oven, a cake was intended for the family, a small one for each child and one for young girlfriends who gave it to their future mother in law.
Thanks to mother yeast it can be kept for a long time and many people enjoy it also after some weeks, at breakfast time with milk.

for the garnishing:
icing sugar -  some drops of lemon – hot water
“diavulilli” (tiny, variously coloured candied almonds)
Mix the yeast with an egg, a tablespoon of flour and a tablespoon of sugar; mix and let rest and leaven for one night. The day after repeat this operation, adding the same ingredients. After 12 hours add the remaining flour, sugar and lard, two eggs and the flavors and knead the dough. Grease a ring-shaped pan with butter, let it rest and leaven in a hot room until it doubles in size. Bake at 180°C in a pre-heated oven for about 40 minytres. After baking garnish with the cream obtained mixing icing sugar, hot water and lemon. Finally sprinkle with tiny, variously colored candied almonds called “diavulilli”.