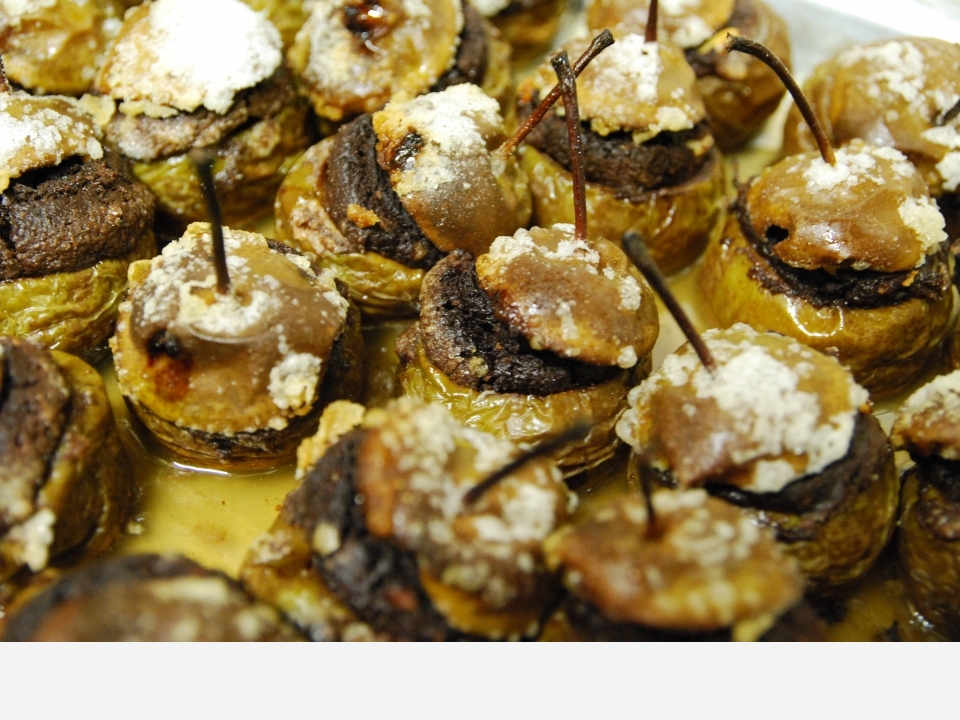 In August, in particular the occurrence of the Assumption of Mary (15 August) my family has a tradition: to make a special cake called "le pereMbuttunate" La peraMaged (in Neapolitan dialect and pear ' Mast'Antuono ') is a particular variety of PEAR, very small and rounded, which sees most of its production in August. It is a very excellent varietyof pear especially for its texture and fragrance. Unfortunately, at present, despite excellent organoleptic qualities of the fruit, it has been replaced by pears of larger sizes.
This PEAR is full bodied and sweet, a true delicacy, which was also considered a symbol of abundance and good luck.
The legend says that : "A farmer had a pear tree, very spiteful, because he had never produced a single PEAR over the years, despite his care and attention. For this, tired and disillusioned, he decided to cut it and sell the wood, a sculptor acquired the trunk and made a statue of St. Anthony who was blessed and placed in the Church. The farmer, became aware of the fact, visited the church where the statue was placed and said: "I know you. You were a pear tree that did not produce any PEAR, now that you're Sant'Antonio how can you thank me?"
From here, probably, the name peraMast'Antuono

The recipe that I am going to propose to you, it's a family recipe, so very simple padded headboard and Mast'Antuono Pears multi ingredients:
• 1 kg of pears
• 1/4 of ricotta cheese
• 200 g almond paste
• 2 eggs
• 100 gr of chopped cookies and candies to taste
• Cedar
• macaroons type Vanillin, cinnamon
• vermouth liqueur
• Amaretti biscuits 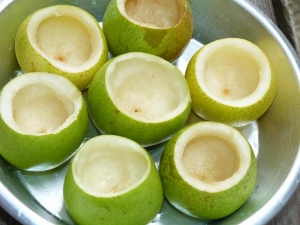 Execution: wash and Dry the Pears, cut the shell, then empty it and put aside because you will serve as cover.
Then flush the pears in their pulp and prepare a mixture with the beaten eggs, ricotta, crushed amaretti biscuits, candied Citron and (if you like) vanilla and cinnamon.
Working along this cream and fill the pears carefully resealing the bags with their shell.
Put the pears in a baking pan and fill the bottom up to almost cover it with a mixture of water, vermouth liqueur and sugar.
Bake for 1,5 hrs and when you take them out of the oven sprinkle with sugar and cinnamon. Serve cold.
Variation on a theme by my aunt Melina: Sprinkle pears with melted chocolate.