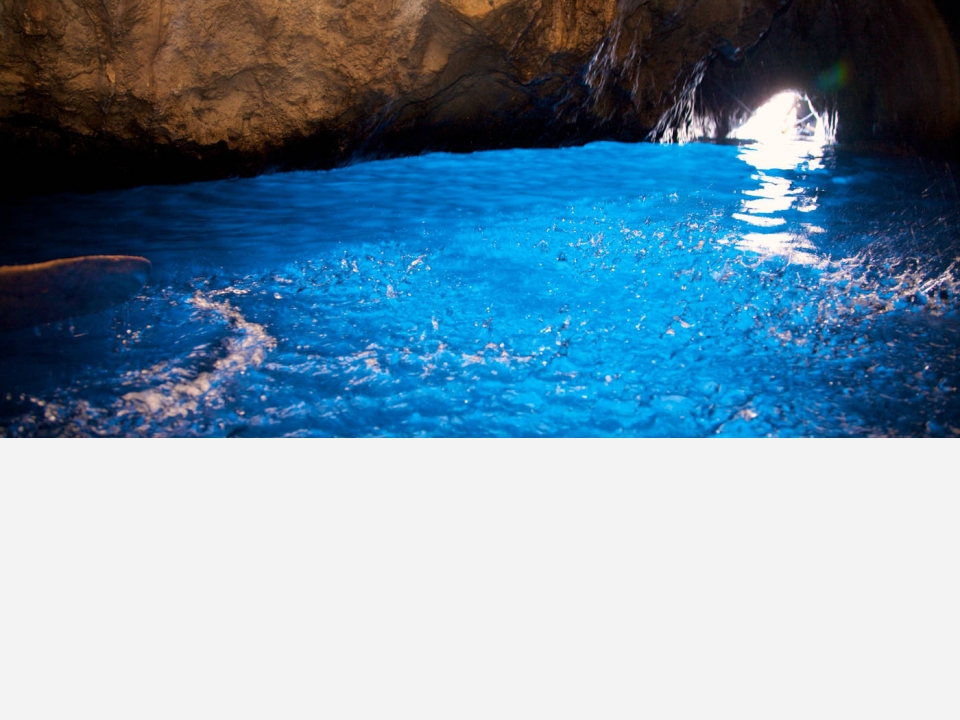 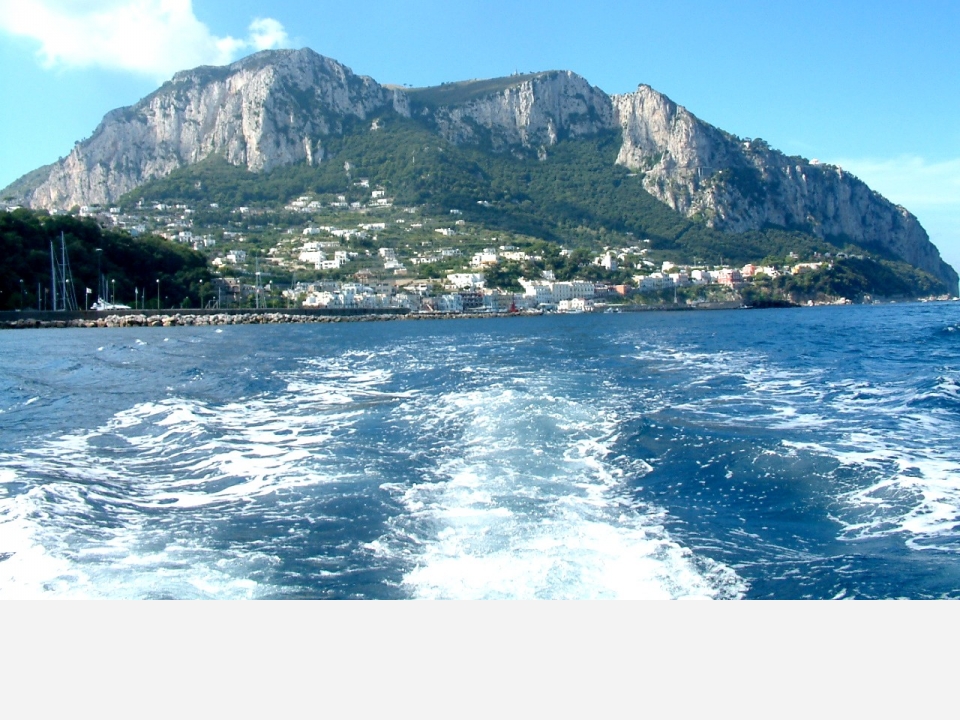 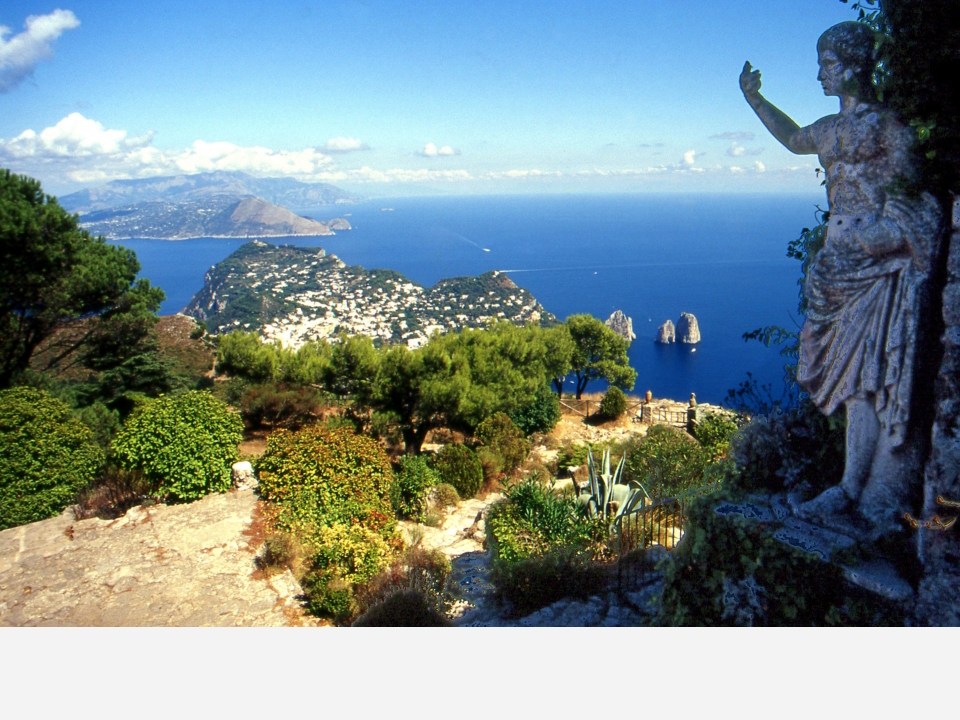 Once a pleasure dome to Roman emperors and now Italy's most glamorous seaside getaway, Capri (pronounced with an accent on the first syllable) is a craggy island at the southern end to the bay.
Unlike the other islands in the Bay of Naples, Capri is not of volcanic origin; it may be a continuation of the limestone Sorrentine peninsula.

Limestone caves on Capri have yielded rich prehistoric and Neolithic finds. The island is thought to have been settled by Greeks from Cumae in the sixth century BC and later by other Greeks from Neapolis, but it was the Romans in the early imperial period who really left their mark. Emperor Augustus vacationed here; Tiberius built a dozen villas around the island, and, in later years, he refused to return to Rome, even when he was near death. Capri was one of the strongholds of the 16th-century pirate Barbarossa, who first sacked it and then made it a fortress.
In 1806 the British wanted to turn the island into another Gibraltar and were beginning to build fortifications until the French took it away from them in 1808. Over the next century, from the opening of its first hotel in 1826, Capri saw an influx of visitors that reads like a Who's Who of literature and politics, especially in the early decades of the 20th century.

From Capri Town, the 45 minute hike east to Villa Jovis, the grandest of those built by Tiberius, is strenous but rewarding. Follow the signs for Villa Jovis, taking Via Le Botteghe from the Piazzetta, then continuing along Bia Croce and Via Tiberio. At the end of a lane that climbs the steep hill, with pretty views all the way, you come to the precipice over which the emperor reputedly disposed of the victims of his perverse attentions. From a natural terrace above, near a chapel, are spectacular views of the entire Bay of Naples and, on clear days, part of the Gulf of Salerno. Here starts the footpath around the some what neglected ruins of Tiberius's palace.

From the terraces of Giardini di Augusto, a beatifully planted public garden with excellent views, you can see the village of Marina Piccola below and admire the steep and winding Via Krupp, actually a staircase cut into the rock. Friedrich Krupp, the German arms manufacturer, loved Capri and became one of the island's most generous benefactors.

Only when the Grotta Azzurra was 'discovered' in 1826 by the Polish poet August Kopisch and Swiss artist Ernest Fries, did Capri become a tourist haven. The watery cave's blue beauty became a symbol of the return to nature and revolt from reason that marked the Romantic era, and it soon became a required stop on the Grand Tour. Infact, the grotto had long been a local landmark. During the Roman era - as testified by the extensive reamins, primarily below sea level, and several large statues now at the Certosa di San Giacomo - it had been the elegant, mosaic-decorated nymphaeum of the adjoining villa of Gradola. Historians can't quite agree if it was simply a lovely little pavilion where rich patricians would cool themselves or truly a religious site where sacred mysteries were practiced. The water's extraordinary saphire color is caused by a hidden opening in the rock that refracts the light. At highest illumination the very air inside seems tinted blue.